Get to know - Braintree

Braintree has a growing reputation as a great location to live, work and play.

Positioned just 10 miles northeast of Chelmsford and 15 miles west of Colchester, it is perfectly placed to connect residents to these nearby urban centres while offering plenty to see, do and enjoy on the doorstep too.

Braintree has been a settlement for as long as 4,000 years, while the modern-day town was built on the wealth of the cloth trade. As early as the 14th century, Braintree was processing and manufacturing woollen cloth before Braintree became a centre for silk manufacturing when George Courtauld opened a silk mill in the town.

What can I buy?

As well as a bustling town centre with everything you need, nearby Braintree Village (previously known as Freeport) is a designer outlet shopping centre on the outskirts of Braintree promising up to 60% off top brands at more than 75 stores including Hugo Boss and Calvin Klein, plus a range of restaurants and coffee shops.

Braintree and Bocking Gardens were donated to the town by Sydney Courtauld in 1888, to provide a public space for the community to enjoy. Events run throughout the year, while the space includes a coffee shop and tennis courts as well as manicured gardens. Also nearby, Great Notley Country Park offers a great day out for the family. The 100 acres of parkland include a Sky Ropes centre and the longest kid’s play trail in Essex.

To learn more about the town’s textile history, head to The Warner Textile Archive, housed in part of an original mill building at Silks Way in Braintree. Warner & Sons was a leading manufacturer of silk and velvet most famous for creating the Queen's coronation robes and silk hangings used in Westminster Abbey during her coronation ceremony.

Braintree has two railway stations, Braintree and Braintree Freeport, which is the perfect stop for the Braintree Village shopping centre. Trains depart from Braintree station to Witham, where the Braintree Branch Line joins the Great Eastern Main Line to London Liverpool Street.  The main roads into and out of Braintree include the A120, which serves as the town's main bypass. It provides a quick link to the M11 and Stansted Airport, situated almost 16 miles away from the town.

Properties for sale and rent in Braintree

6 bed house for sale in Braintree 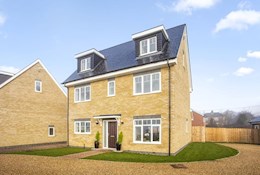 5 bed house for sale in Wethersfield 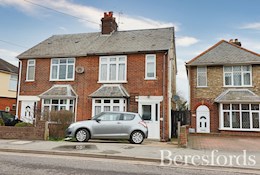 3 bed house for sale in Braintree 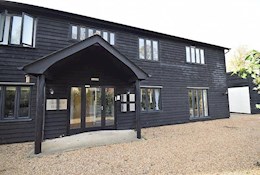 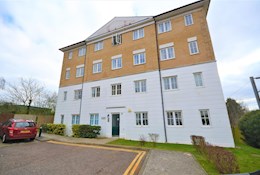 The Yard, Braintree, Essex, CM7
Do you own something similar?
Book a free valuation
View property
Let STC 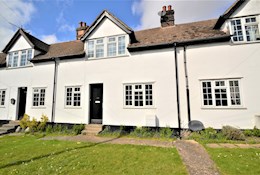 Church Street, Braintree, Essex, CM7
Do you own something similar?
Book a free valuation
View property