How does the stamp duty holiday affect me?

The chancellor’s announcement that until 31 March 2021 buyers will pay no stamp duty on the first £500,000 when they move home is a welcome boost to the property market.

Now nearly nine out of 10 people getting on or moving up the property ladder will pay no stamp duty at all says Rishi Sunak.

The Government sees the property market as an economic ‘multiplier’ as new owners tend to spend considerable sums once they’ve moved in, on everything from new carpets to extensions, which pours money into the wider economy.

How will this affect my next move?

Whilst it will benefit all buyers, it will be most welcome to ‘second steppers’, those that bought as first time buyers when they last moved.

“Second steppers have faced a double whammy” said Beresfords CEO Paul Beresford. “When they come to move on, they haven’t had any of the support Government provides to first time buyers and in this area they are often buying in the price bracket where stamp duty rates, which they have to find the cash for, rise sharply.

“Added to that many of them have gone on to have a family only to find that although they desperately need a bigger property, they are stuck where they are because they just can’t make a move work financially”.

Other beneficiaries will be those people who felt the squeeze, literally, when were confined to their existing properties for months under lockdown. “We’ve had a huge influx of buyers from London and its suburbs in the last few weeks where inside and outside space limitations really came to the fore” Paul added.

To find out how we can help you with your next move, get in touch today. 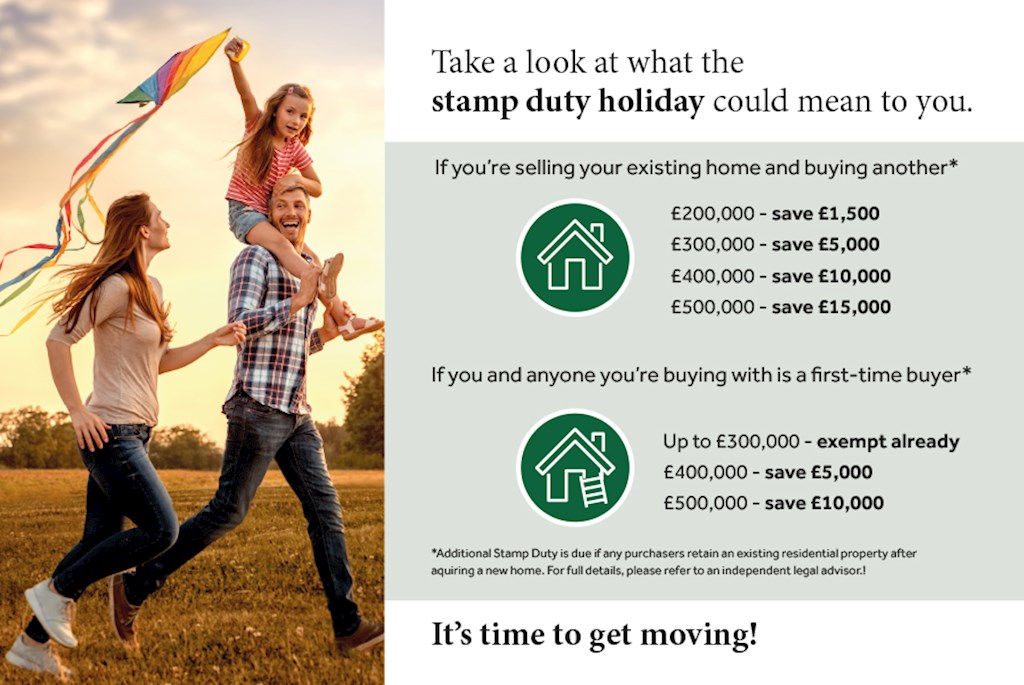