Terry Holmes, a Director here at Beresfords, has announced his retirement after 40 years with the company.

Terry joined Beresfords as a manager in 1981 at the office in Corbets Tey Road, Upminster, as the company was expanding to its third office in Brentwood. In those early years, Terry worked alongside Reg, Eileen and Paul Beresford.

Beresfords has since expanded into one of the most successful independent property groups in the UK operating across 17 sites, employing over 200 people with specialist divisions covering residential sales, country and village, residential lettings, valuation and survey work, property management, land and new homes, a substantial marketing division and a considerable financial services division under the brand of Flagstone, which Terry was also a director of.

“I consider myself to have been incredibly fortunate to have been part of the quite extraordinary journey Beresfords has been on from those early offices in Upminster and Brentwood to the diverse business it is today” said Terry “especially as it is still a privately owned family company, now spanning three generations, with Paul Beresford as CEO who has just celebrated 46 years with the company, and Paul’s son, Alex Beresford, who has just celebrated 10 years and is Assistant Managing Director of the residential sales division.”

Terry, prior to his part time role for the Group, played a pivotal role in multi award-winning marketing and land and new homes divisions.

Alongside Paul Beresford, Terry had been championing professional standards in the property industry having been a past chairman of the National Association of Estate Agents and still involved with Propertymark.

“My longevity at Beresfords isn’t unique; the group has many team members from directors through to those in admin, property management and across other facets of the business, that have been with the company 20+ years, and it is also great to see the younger generation coming through, both at directorship level and senior management, driving the business forward.

Paul Beresford, CEO of the Group, commented, “Having seen Terry join us as we expanded to the Brentwood area, we have certainly experienced a great journey together, had great fun and exciting times growing the group, along with so many other outstanding team members. I cannot thank Terry enough for his commitment and passion for the business which was so important in those early years of growth. We will also miss his humour and fun but after 40 outstanding years he quite rightly is looking forward to a well-deserved retirement.”

Terry intends to spend more time with family and friends, especially grandchildren, indulging in his love for travel, although that will involve seeing far more of the wonderful UK at the moment, more boating and also freeing up time for volunteering hopefully in marine conservation.

Terry added, “I’d like to say a big thank you to all the wonderful colleagues and clients I’ve worked with over the years and a special thank you to the Beresford family for giving me the opportunity in the first place and allowing me to grow with the company. 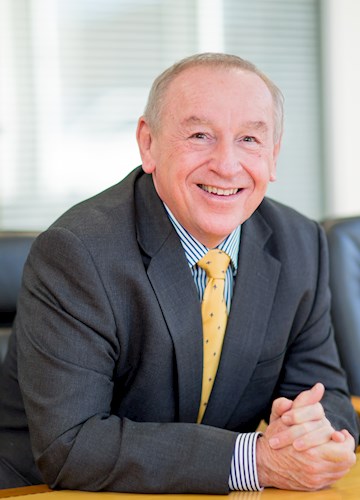